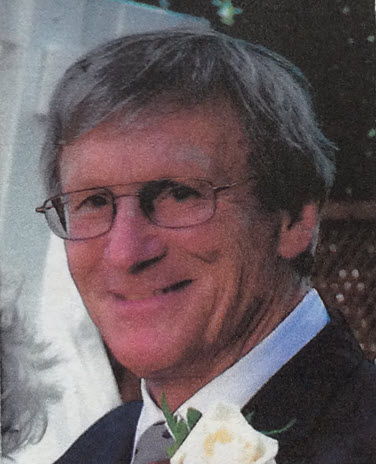 It was a bright, sunny day on February 22, 2020 when 20 people gathered at Ottawa City Hall to hear Bruce MacGregor discuss his book, Capital Recollections – A Baby Boomer Growing Up In Ottawa.

He began by pointing out that his book “isn’t a carefully researched history of Ottawa” but is a collection of his memories, including some humorous anecdotes, about growing up in Canada’s capital during the 1950s and 1960s. As explained inside the book, it is “an anecdotal biography. It reflects the author’s present recollections of experiences over time, as well as the memories of those who interacted with him.”

MacGregor read some passages from his book, including one about the time Elvis Presley came to Ottawa – “In April of 1957 the number one rock star in the world came to Ottawa to do two shows at the Auditorium, situated at the corner of Argyle Streets and O’Connor Streets,” he wrote. The then eleven-year-old MacGregor was not allowed to go to the concert, but as he says in the book, “According to first hand reports, I did not miss much. Hysterical teenage girls drowned out the music completely.”

He also noted that, “We Ottawans had our own member of rock and roll royalty in the person of Paul Anka, whose original song ‘Diana’ climbed the pop charts in 1957.”

Other passages MacGregor read included his memories of local bands like The Staccatos, The Esquires, and the Townsmen, plus places in Ottawa where teens would go to dance like Pineland, The Oak Door and Parkdale United Church.

He spoke too, about various chapters in his book, entitled Television, Russ Jackson, Sports, Movies and Life on Hinton Avenue.

section at the end of MacGregor’s book lists 52 Ottawa events from the 1950s and ’60s. During his talk MacGregor turned some events listed there into trivia questions, asking the audience questions like “An airplane used to fly over Lansdowne Park during Rider games trailing a sign. What did it say?” and “What year did streetcars stop running in Ottawa?

Questions from the attentive audience, some born after the decades the book features, included wondering how long it took to have his book published (a year and a half, he replied). When asked about about how he found his publisher he said after being referred to Burnstown Publishing House he contacted the company, he then sent an early draft and they clicked right away. When someone else asked if there were any black and white photos in his book from the eras he wrote about he flipped through the pages of his book showing the audience the numerous photographs contained in it.

Bruce MacGregor has a varied work history. In addition to being an author he has also been a sports coach, high school teacher and singer for the rock and roll band Bruce and the Burgers. His 97-page book, published by Burnstown Publishing House, is available at a number of local book stores including Perfect Books, Books on Beechwood and The World of Maps.

In addition to Bruce MacGregor’s talk we also marked club member Shirley Van Dusen’s birthday which she celebrated the day of our meeting.