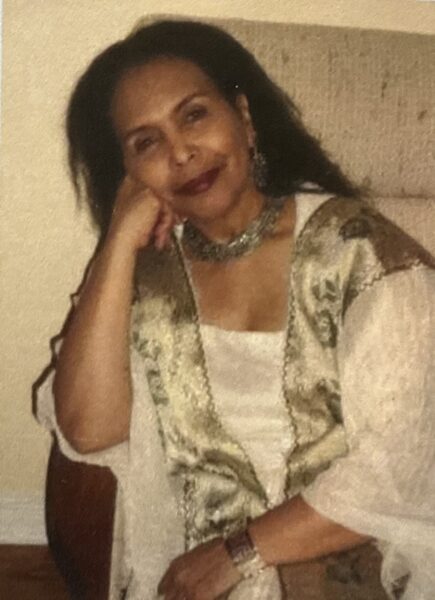 On June 25 at  the Glebe Community Centre, the room was filled with people attending a book launch for Ainalem Tebeje’s new book, hosted by Octopus bookstore..

Called The Refugee, this novel is a sequel to Tebeje’s earlier book, My Love Story In Broken English, published in 2018.

Club members Iris ten Holder, Helen Bednarek Van Eyk and June Coxon were among those who heard Ainalem read passages from her latest book and others speak about her and her books, as well as enjoying a buffet of tasty Ethiopian food

The novel follows the protagonist in Tebeje’s first novel, Almaz, the child bride from Sequalla, Ethiopia, as she becomes a refugee in Canada. In the book Almaz tells her own story as well as those of other refugees she meets along the way. We read of the often tragic, sad circumstances that brought them here. We read how difficult life can be for a refugee, of their struggles adjusting to a new way of life, learning new customs and a new language, sometimes also contending with discrimination and racism in their newly adopted country. In spite of these serious issues, both of Tebeje’s books also contain lighter moments as well as a heartfelt prologue.

Although The Refugee is a continuation of My Love Story in Broken English, both books are complete stories in themselves and each book is equally engaging. As the late Clyde Sanger wrote in his review of Tebeje’s first book, it is “a gem of a book.”  the same is true for The Refugee.